Alton Glenn Miller (March 1, 1904 – December 15, 1944 missing in action) was an American big band musician, arranger, composer, and bandleader in the swing era. He was one of the best-selling recording artists from 1939 to 1943, leading one of the best known Big Bands. Miller's notable recordings include "In the Mood", "Moonlight Serenade", "Pennsylvania 6-5000", "Chattanooga Choo Choo", "A String of Pearls", "At Last", "(I've Got a Gal In) Kalamazoo", "American Patrol", "Tuxedo Junction", and "Little Brown Jug". While he was traveling to entertain U.S. troops in France during World War II, Glenn Miller disappeared in bad weather over the English Channel. 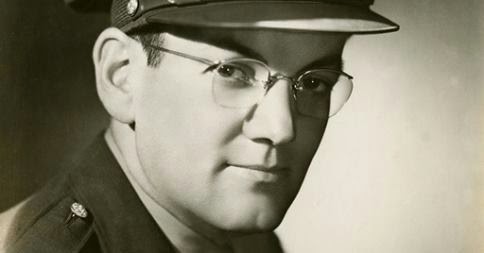 This is a great vinyl album with nearly all of the Miller Band's major hits. A must have for any Glenn Miller fan. All tracks added to LIVE365's radio station called 'Glenn Miller Memories'  Absolutely love it!! I received the record with a note from the seller which was the icing on the cake! Get yours before it sells for bargain price...below: 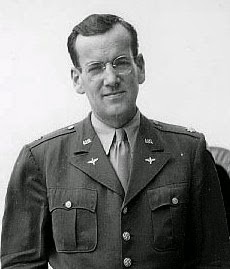 Email ThisBlogThis!Share to TwitterShare to FacebookShare to Pinterest
Labels: store

Herman "Trigger" Alpert (born September 3, 1916) was an American jazz double-bassist. He was born in Indianapolis, Indiana. 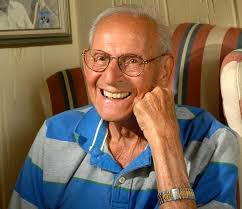 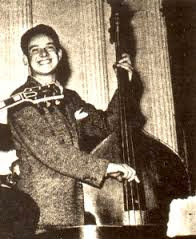 Alpert attended Indiana University in the late 1930s and moved to New York City, where he played with Alvino Rey in 1940 and with Glenn Miller soon after. Over the course of the 1940s he played with Tex Beneke, Benny Goodman, Bud Freeman, Ella Fitzgerald, Muggsy Spanier, Roy Eldridge, Louis Armstrong, Ray McKinley, Bernie Leighton (1945–46), Frank Sinatra, Woody Herman, and Jerry Jerome. In the 1950s he worked with Artie Shaw, Coleman Hawkins, the Sauter-Finegan Orchestra, Mundell Lowe, Don Elliott, Gene Krupa, and Buddy Rich. He released one album as a bandleader on Riverside Records in 1956, entitled Trigger Happy!. Tony Scott, Zoot Sims, Al Cohn, Joe Wilder, Urbie Green, and Ed Shaughnessy all appear on the album. In 1970 he left music and took up photography. - Wikipedia

We are an Amazon.com associate